There are many species of pipefish including broadnose, banded, and straightnose pipefish. These can all be found in seagrass meadows.

We have a mating pair of broadnose pipefish here at the National Marine Aquarium (NMA) in Plymouth.  This is good because in the wild pipefish can be very choosy about their mates, and copulation in captivity is not always successful.  We have had a recent hatch of broadnose pipefish eggs which are being nurtured in the NMA’s back of house temperate reserve area. They’ll go on display when they are up to size.  This is just one example of the successful breeding programs at the aquarium, and the many breeding programs in BIAZA organisations across the nation. 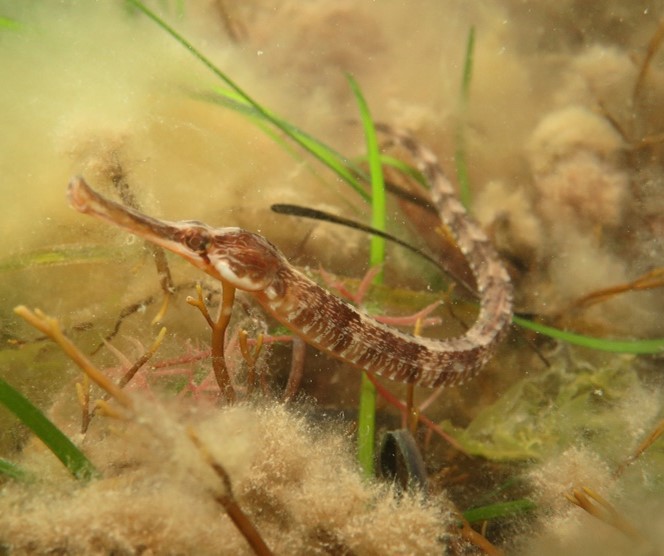 Broadnose pipefish are a close relative of seahorses and they love to live in seagrass meadows. They use the long leaves to camouflage their elongated bodies.  Pipefish generally rest in a vertical position among the fronds of seagrasses and feed on plankton such as copepods, sucking it in through its tube-shaped mouth.

Broadnose pipefish have a role reversal mating system. Unlike many species in the animal kingdom, pipefish females compete for access to males.  Eggs from the female are fertilised and nurtured by the male in his brood pouch.  After hatching, the male continues to provide parental care, as baby pipefish can hide from danger in his pouch.