Hello Seagrass fans!  If you’re feeling crabby after not having your species spotlight update last month, do not worry, we have a treat in store for you!  This month we want to introduce you to a creepy looking, but intriguing creature.  You are going to meet the largest of the Crab family, they have incredibly long legs which allow them to crawl at a relatively fast pace, and it is these long-segmented legs that make them associated with features of arachnids and give them their name, Spider Crab. 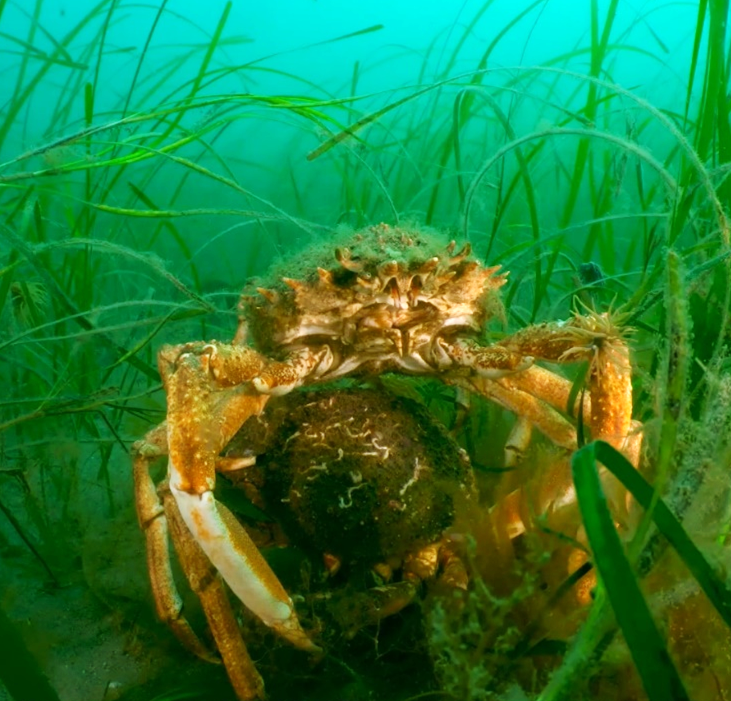 The Spiny Spider Crab is one of the most frequently spotted species in our local seagrass meadows, also known as the European Spider Crab, or Japanese Spider Crab as they can be found all over the depths of the Pacific and Atlantic Ocean, and temperate zones as well.  These spiny beasts can grow up to 20cm across their carapace and have legs that can grow up to two metres long, with a claw to claw measurement of the outstretched arms of a fully grown male over 50cm.

Spiny Spider crabs are travellers, unlike other species of crab, they take part in annual mass migrations.  During mating and moulting spider crabs will meet on the ocean floor in huge mass huddles, often covering tens of miles over several months. This migration is poorly understood but is thought to be linked to reproduction, it is a site to behold and is often sought out by divers for the spectacle, and by predators who benefit from the soft moulted crustacean buffet that this mass assembly provides. 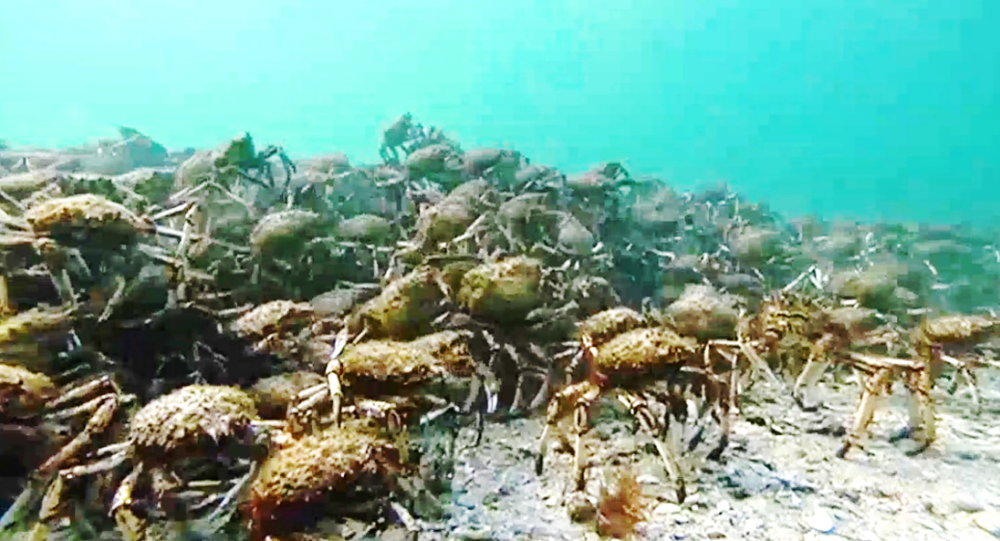 The spider crab feeds on plant matter, such as seagrass, but will also consume shellfish, starfish, brittle stars, marine worms, and most other sources of food they come across.  This species undertakes some form of migration where they move in great numbers (presumably as a defence against predators) into deeper water, often covering tens of miles over several months. This migration is poorly understood but is thought to be linked to reproduction.

The spider crab is a commercially valuable species due to the edible white meat found in its legs and claws, many of the local fisheries here in the Southwest have boats specifically for catching spider crab, however there is little demand for this species of crab in the UK, meaning that the vast majority of British catches of this species are exported to continental Europe.  Restrictions on minimum landing size and bans on harvesting egg-bearing females have been brought in to attempt to limit catches and prevent overfishing of spider crabs. 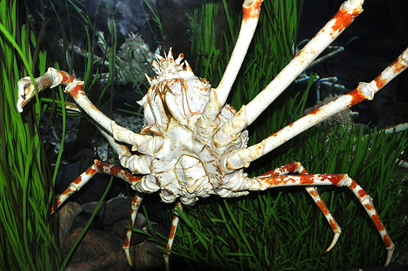