Seasearch survey in the Solent 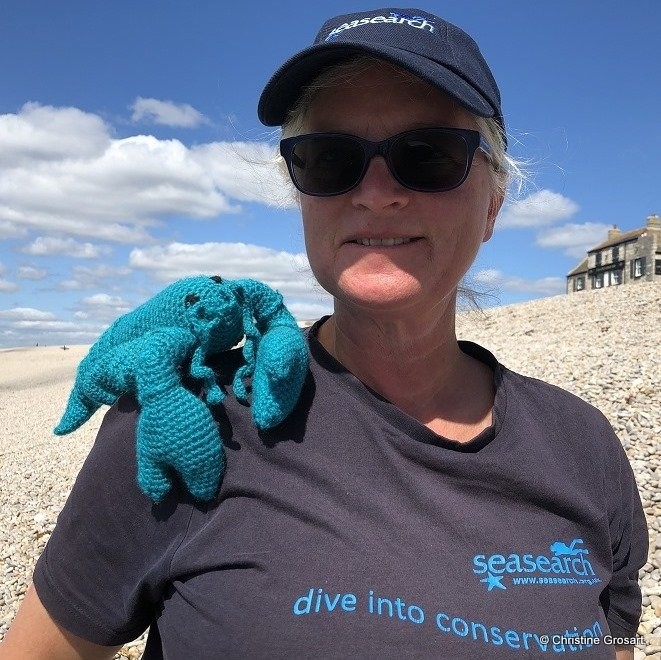 Diving in the Solent can be challenging. Relatively low underwater visibility can sometimes be measured in centimetres rather than metres. And there are big tides where slack water means you drift one way, stop for about two minutes, and then drift back again.

Add to that the flotilla of watercraft on the surface, from ferries to canoes to yachts of all sizes to jetskis, providing additional challenges for the skipper, and you might wonder why anyone bothers. I should add here that we have a fabulous skipper in Dave Wendes (Wight Spirit Charters) who is a hive of information on local diving and a massive help to our surveying activities.

In fact, those opaque waters hide absolute treasures beneath the surface.

As part of the LIFE Recreation ReMEDIES project, Hampshire Seasearch volunteers surveyed a large seagrass bed just east of the busy port of Yarmouth, Isle of Wight, at the end of June. in these surveys, we look at the condition of the seagrass, the presence of seeds/flowers etc. and all the associated biodiversity within the area. They are a good complement to the Natural England condition monitoring surveys. 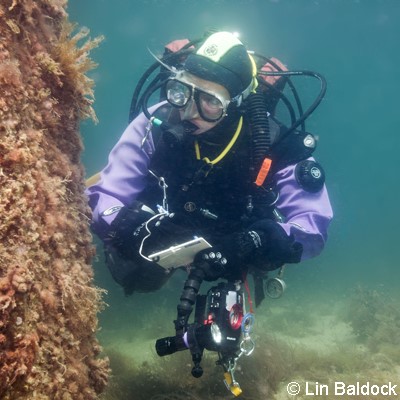 There was a stiff-ish north-easterly breeze blowing, so we were keen to get on and see what we could find. At only 2.5m deep, the long blades of seagrass would have almost reached the surface if it wasn’t for the east-going tide laying them over. But the bed was generally in good condition. We recorded both seeds and flowers and not too much in the way of blackened/diseased or otherwise damaged seagrass. Patches of exposed and broken mudstone heavily marked with piddock (a kind of bivalve mollusc that buries itself in soft rocks) boreholes regularly intersected the seagrass bed. Was this evidence of damage? The rhizomes (roots) of the seagrass plants at the edge were exposed and it was apparent that something had dislodged them.

In such shallow water we could use all our allotted hour of dive time before surfacing (almost just by standing up!). There was a lot of discussion back on the boat about the seagrass and the inhabitants of the bed. The local coordinator, Lin Baldock, is a seaweed expert and so our records became more valuable than the usual ‘fluffy red seaweeds’. These can be almost impossible to identify without experience and sometimes a microscope too. Lin helped everyone to put an accurate name to what they’d seen.

Volunteers are the absolute lifeblood of Seasearch, a programme for divers and snorkellers coordinated overall by the Marine Conservation Society (MCS). It is delivered across Britain, Ireland, the Isle of Man and the Channel Islands by individuals either under contract to the MCS or employed by the local Wildlife Trust. Seasearch has been going for over 30 years now and is the manager of the second-largest marine dataset on the National Biodiversity Network Atlas (nbnatlas.org). The efforts of volunteers over that period has led to amazing ‘wins’ for conservation. Around the Solent these include providing evidence for the designation of Marine Conservation Zones of which there are now three encircling approximately 50 per cent of the Isle of Wight coastline: Bembridge, Yarmouth to Cowes and The Needles.

Marine Protected Areas and other conservation measures (such as fisheries byelaws) don’t happen without data. This is where Seasearch can play such an important part. Visit our Seasearch website for future survey dates and sign up to get involved.