Seahorses are a mainstay of the seagrass meadow community. But their declining numbers are one of the reasons habitat restoration projects like ReMEDIES are so important.

As you probably guessed, seahorses are not actually horses, they are bony fish. Despite not having the traditional shape of fish, they breathe through gills and have a swim bladder.  Unlike most fish, seahorses do not have scales. They have an exo-skeleton – hard, bony external plates that are fused together with a fleshy covering.

They move through the water by beating their dorsal fin up to 70 times per second to propel themselves forward at a rather sedate speed.

There are two species of seahorse that are found around British coastline: the Spiny Seahorse and the Short Snouted Seahorse. 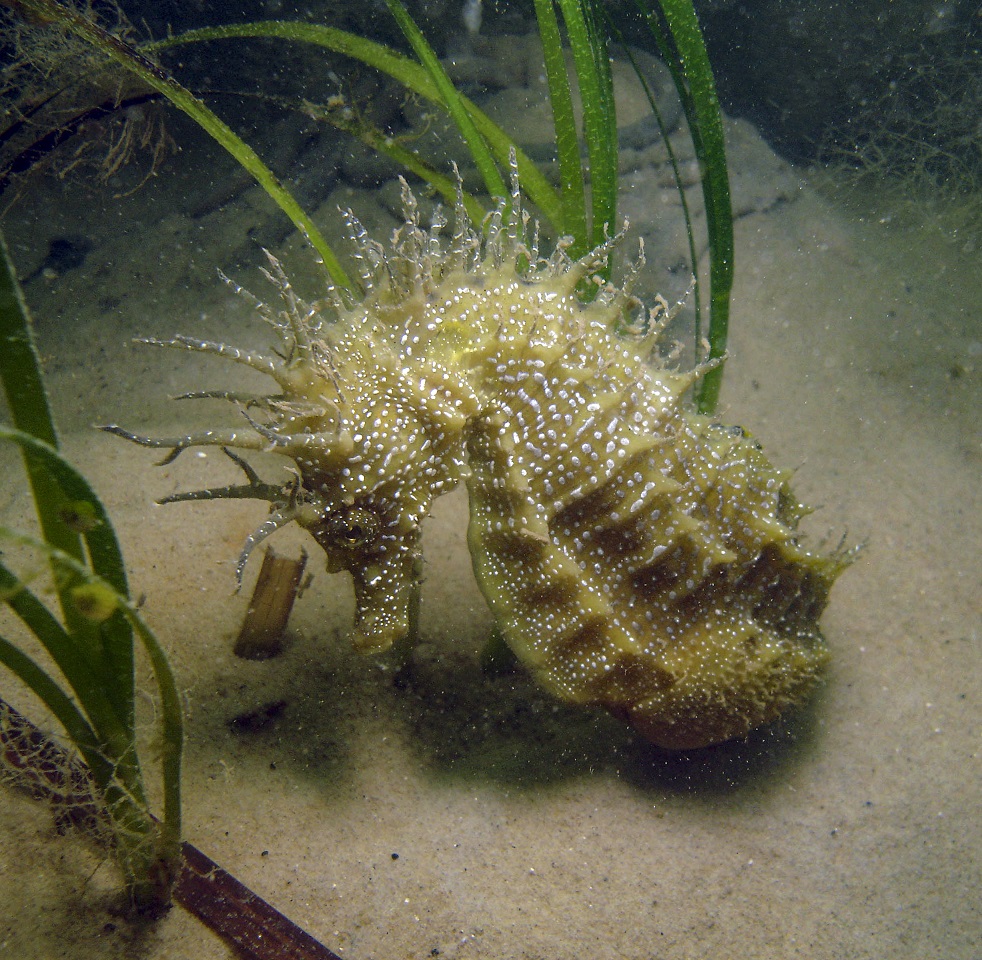 Seahorses have a grasping tail that they can wrap securely around seagrass leaves to anchor themselves near the seabed and await their prey.  Seahorses eat small crustaceans such as Mysis Shrimp, and planktonic creatures.  Seahorses are voracious eaters: an adult seahorse will eat 30 to 50 times a day, and baby seahorses eat around 3000 pieces of food per day!  But given that the food they eat is only 2-3mm in size, this isn’t as much food as you might think.

Seahorses are snorters. They cannot chew their food, and instead disintegrate it as they swallow.  Their long thin snouts can be used to probe between rocks and at the base of seagrasses for food.  When they find food, they suck it up through their snouts like a vacuum cleaner. Their snouts expand for larger prey.

Seahorses will pair bond for a whole season. Some species mate for life, making them one of the few monogamous species of the Ocean.  Seahorse mating involves an elaborate colourful courtship display. Like their cousins, the pipefish, it is the males who brood the offspring.

In addition to habitat loss, Seahorses are under threat worldwide because of the Traditional Chinese Medicine Trade, which takes more than 150 million seahorses a year from the wild for use in medicines.  Luckily, awareness is being raised about these vital creatures, which is leading to further protection.